The initial introduction of ASIC machines for mining sparked controversy and that hasn’t lessened in recent months. Some members of Bitcoin believe these miners centralize mining operations and make it impossible for new hobbyists to get involves. However, it isn’t just Bitcoin dealing with this issue. Ethereum, known to be the second-most valuable crypto, is also running into problems with the same thing.

Bitmain, a major crypto miner and miner-manufacturer in China, recently made ASIC miners available for Ethereum’s blockchain, which has some people upset. It instead has pushed a debate about what the pros and cons are of having ASIC miners in this blockchain and whether it should be allowed.

ASICs are nothing new and are found in things like cellphones but being used as crypto miners is something that has only been happening for a few years. For example, the first ASICs for Bitcoin came out in 2013 and have since been developed for other cryptocurrencies.

Comparing CPU, GPU, and ASIC mining rigs is difficult as all have some similarities. The main difference is that ASICS have less software to make them more versatile. They tend to be created for one single thing: mining crypto.

When compared to GPU miners, ASIC miners are typically more efficient and less expensive, which is a plus. Miners who use the machines can make larger profits by doing so, but the machines can also lead to decentralization. Those with the means can buy up a slew of these miners and create a farm which allows them to control the direction of cryptocurrencies in the future.

As Bitcoin has proven, the low price of ASIC miners has created an opportunity for entrepreneurs who want to be a part of future development of the crypto. You can see this in action through the Bitcoin Cash fork, which was made only with the support of the mining community and continues to gain in popularity.

After the DAO hack, Ethereum went through a fork. However, some believe that another fork is required to keep the cryptocurrency safe from concerns about ASIC mining machines. A code change has been proposed to make ASIC miners less effective on Ethereum’s algorithms. The problem is that nodes would need to be added to the network in order to upgrade to the latest version, something that takes a lot of time an effort.

The truth is that ASIC miners may not have a huge impact on the Ethereum network at all, especially since it is centralized to some degree anyway. One reason for this is because Ethereum is going to move toward a new algorithm where coins are assigned based on stakes at each node instead of mathematical problem-solving. The second reason is that the Ethash which is used to mine the crypto remains resistant to ASIC in some regards.

Based on these facts, the way in which mining coins occurs may change entirely in future months and years.

Is the Ethereum Hard Forks to Avoid Bitmain ASIC Mining? 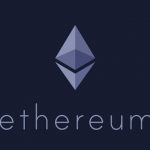 SSD vs HDD for Mining Hardware